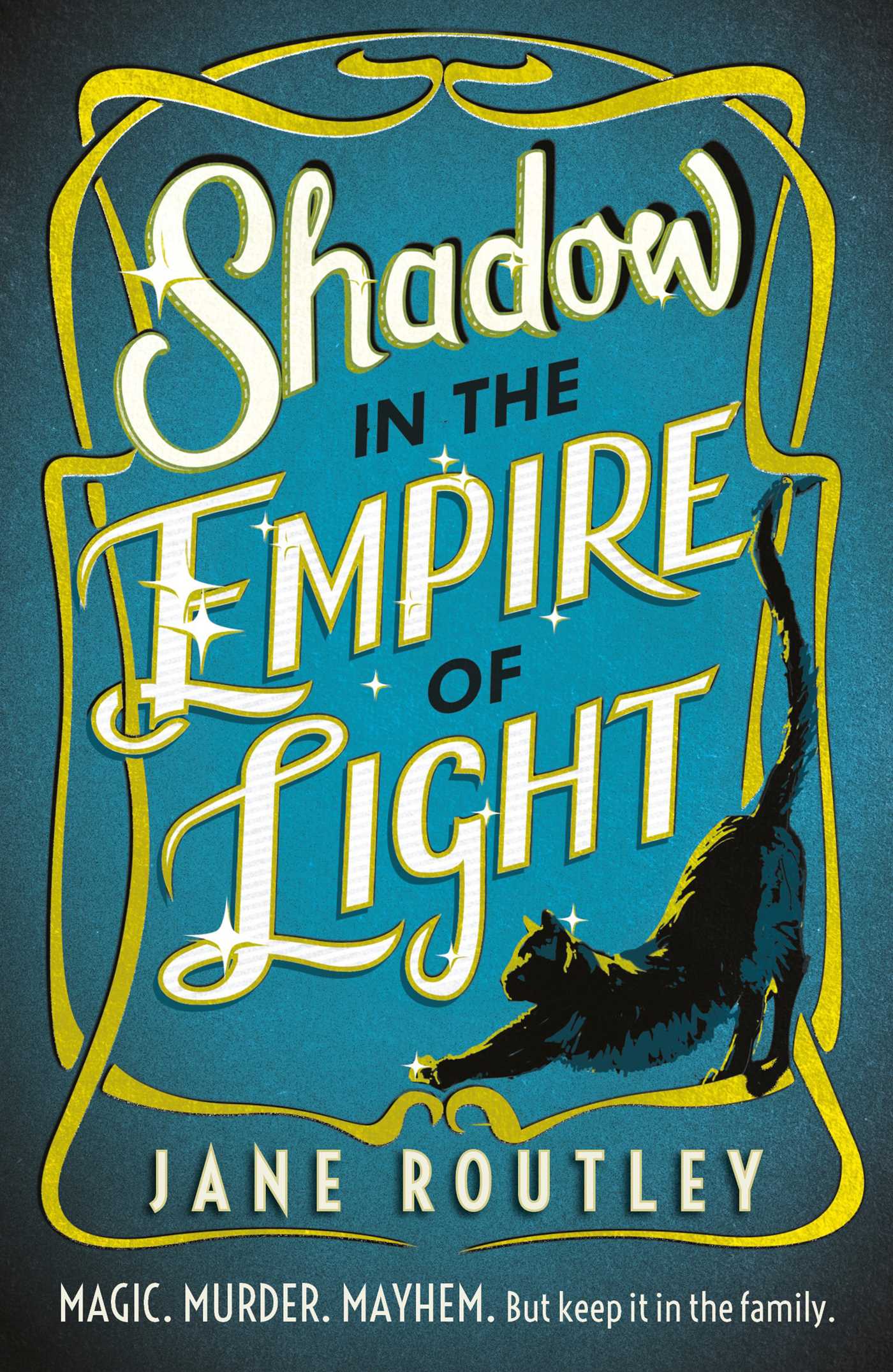 It’s taken me quite a while to come up with an accurate statement to begin this post.

Let me give you some details: The lovely Hanna from Rebellion Publishing put out a tweet asking if anyone would like an ARC for this latest title from Jane Routley and I, in a moment of bravado, stuck my hand up. I was approved for a copy and also told that I was under no obligation to review the book if I found it wasn’t my cup of tea. The whole experience was unexpectedly delightful (I was convinced I’d be refused or ignored) and I was very excited when my copy of Shadow in the Empire of Light arrived in the post.

I know most bloggers make a statement for transparency’s sake at the beginning of their ARC reviews. And I know I should say something about being fair and honest. However, I also know that my feelings towards this book are most definitely compromised by the circumstances of its acquisition. So, this is the best I can do:

A review copy of this book was provided by the publisher. I can’t promise that this has not affected the contents of my review, but I can promise that all opinions are my own.

Shadow in the Empire of Light is, for want of a better descriptor, a domestic adventure story. All of the action is set in and around the Lucheyart family home of Willow-in-the-Mist which operates along the lines of a medieval manor, and is centred upon the doings of that family. I’m going with domestic adventure rather than just drama, however, because these doings involve magic, smuggling, politics, spying, murder, talking cats and secret tunnels (this last is like a secret ingredient for me – stick a secret tunnel in a story and I’m there). There’s also quite a lot of throwing people around and shooting crossbows towards the end. It all rattles along at a good pace and if I have any real complaint it is only that there’s no time to appreciate the scenery.

The story kicks off with Shine (an unmagical daughter in a society in which magic means power and position) and her foster-mother Aunt Eff (also unmagical) preparing for the arrival of their massive extended family for Blessing time, an important traditional fertility rite. When Eff’s undeservedly disgraced son, Bright, pops in and palms off an illegal Outlander on Shine, who needs to keep the foreigner hidden until he can be safely gotten to his embassy in the city of Elayison, it’s only the beginning of her troubles. Cue the chaotic family’s descent, with many a spiteful cousin and suspicious new secretary in tow. There follows a lot of shoving the poor Outlander Shadow under beds and into cubby holes, an increasingly desperate hunt for a regretted letter, more snooping through other people’s things than you can shake a stick at, and a whole community overcome with randy inclinations.

Some of the more interesting aspects of this book included the matrilineal society in which pregnancy and girl children are the most desirable outcomes of Blessing time activities, and female mages are more powerful than male ones. Women hold political power and men are only ever consorts. Men are not second-class citizens particularly, they are just a step behind. The real discrimination is saved up for those who have no magical ability (the mundane) and for the pale Outlanders, derogatively referred to as ghosts. However, these aspects of the story could have been explored a lot more vigorously than they were. I was there for the conversation, but it didn’t happen.

And that goes for the wider world in which the story is set too. I would have loved to find out more about both the Empire of Light and the Outlanders. There were plenty of throwaway comments about everyone having a vote in Ghostland, versus the Empire’s Empress and Great Council; and Shadow’s backpack and gun, his lack of manners, even his sexual reticence, are suggestive of a very different society that I think it would have been far more interesting to bring into the story. Occasional mentions of the Crystal Wars (crystals being directly related to magical power in some way that I never fully grasped) had me curious too. It read like the second or third book in a series in this regard, and I checked twice while I was reading to make sure that it really wasn’t set in an already established world.

That said, there were only three and a half things I really didn’t like about this story. And two of which would have gone unnoticed by me if there’d been more of the delightful Katti, the giant telepathic cat. Firstly, I objected strongly to all the lower-class people in this society consistently being referred to collectively as peasants. There was the odd peasant character name supplied here and there, but for the most part all of the people working for the manor were simply called the peasants by everyone, including Shine, who works closely with them all, and Eff, who is supposed to be a radical for thinking all people have rights. To be fair to the book, however, I am irrationally touchy about the word peasant.

Secondly, the sex. Everybody’s very keen on it, and dear me … I did some blushing reading about it. I know some will enjoy the raunchier aspects of this story and all the suggestive talk, it’s just not my bag. Moving on …

Thirdly, the references to transgressive sex. Entirely different and much worse. Female rape is mentioned, male rape is described, as is two years of underage sexual abuse and its subsequently being swept under the carpet. I’m not sure what purpose it served except to make me deeply deeply uncomfortable. There were so many beginnings to conversations about power here that never went anywhere.

(And, finally, the half, which is not about the story, so much as the copy. There were quite a lot of grammatical errors, which is something that makes me twitch. Having looked this up I see that it’s a fairly normal thing with ARCs and I understand why, but tell me, more frequent ARC readers, how does this not drive you absolutely doolally?)

So, yeah. This has been fun, an interesting experience that I’m pleased to be able to cross it off my list of things I want to achieve. I’ve been very lucky to have received this with no obligation having heard things from other bloggers about needing to provide reviews in certain places and having to achieve a Netgalley ranking or some such, which all sounds, just, bleurgh to me. A huge thank you is due to Hanna and Rebellion Publishing for this opportunity.

And my hat off to all you ARC-reading bloggers for your persistence, self-discipline and unwavering enthusiasm! Seriously, people, you’re incredible! *removes hat and bows deeply with a flourish at the end*

Shadow in the Empire of Light by Jane Routley is available now in ebook and audio formats. It will be published in paperback in January 2021.