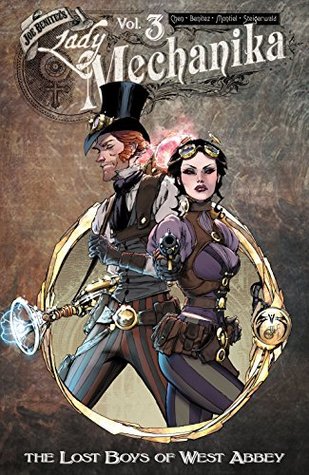 Considering this is a fairly short and straightforward episode in the continuing Lady Mechanika series I had a ton of fun with it. We’re back in Mechanika City and Nika, Mr Lewis and the wonderful Winifred (who I was chuffed to see back and now consider a fixture) are investigating the deaths of a number of street children. We are also introduced to the rather delectable Inspector Singh and while (thankfully) there’s no suggestions of romance between him and Nika, they do look awfully pretty together on the page *sigh*.

Unfortunately, it’s difficult to say much about this very slim volume without giving the whole story away, so I’m going to give you the cryptic highlights only:

The artwork continues to be top-notch: stunning colours, exciting layouts and beautiful details (including more of those cog-work panel borders I love so much) that all add to the story’s drama, humour and fun. My only complaint is that this volume was so short, although the consequence of that is that I immediately want to order the next instalment, so it’s an excellent marketing strategy! 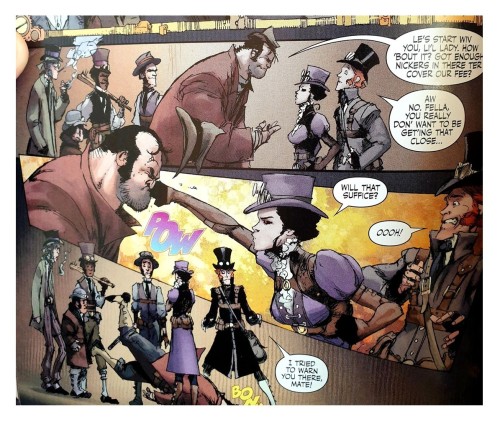