It’s Wyrd and Wonder month! Hurrah hurray! I want magic, I want dragons, I want all the fantastical things I can possibly get! I can’t wait to read about what everyone else is reading and get started on this year’s read-along title: The Bone Shard daughter by Andrea Stewart (join ussssss! It’s never too late).

But to get in the mood it seems only fitting to begin with that most noble of beasts, representative of all things Fantasy the world over – the dragon. So I decided it was time to catch up with Laurence and Temeraire… 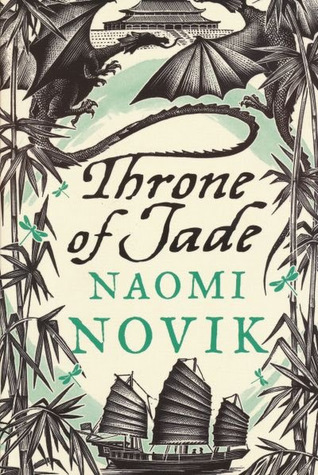 After all the feelings in the first book of the Her Majesty’s Dragon series, I found this unexpectedly thought-provoking. Novik really starts to mould her alt-history world in this volume as we travel to China with Temeraire and Laurence on a seemingly doomed-to-fail mission. Because the Chinese want Temeraire back. Being one of only a small handful of the rarest-of-rare dragons – not to be accompanied by anything less than a scion of the imperial family – they find the partnership between Tem and a mere soldier deeply offensive. And Tem, for his part, won’t hear of being parted from Laurence, no matter how many dirty tricks are tried.

So off the China they go.

The first two thirds of the book were uncomfortable reading for me with all the tensions between Laurence and his superiors and the Chinese Emperor’s brother, Yongxing, who has been sent to Britain to retrieve Temeraire; and then the tensions abroad the giant dragon transport, the Allegiance, between Tem’s aviator crew and the ship’s crew, and between both these groups and the Chinese delegation. That’s too many tensions for me. Especially as a lot of the rumblings were about Tem, and Laurence kept having to deal with the British envoy Arthur Hammond, who was thoroughly annoying throughout. It wasn’t quite the curl-up-and-enjoy experience I was hoping for.

Once landfall was made in Macao I enjoyed the story a lot more. Then it seemed to get to the interesting stuff as Laurence and Tem witness how very differently dragons are viewed and treated in China. I loved all of this section and was only sorry that the sea voyage had taken so long. This is, of course, because I had such clear expectations going in.

Because now, having sat with the book for a little while, I can see the shape of the story more clearly and it was really quite fascinating. During the journey we are reminded of Temeraire’s intelligence and curiosity and of his capacity for empathy. We see how he is viewed as a valuable weapon by the British, as something, also, to be wary and suspicious of by the ships crew. We also see slaves being loaded onto a slaver ship at Cape Coast and encounter a sea-serpent who attacks the Allegiance before Temeraire kills her. These events lead Tem to question his place in the world. Why should he fight for the British when he feels no allegiance to their king or government and has not sworn an oath? Why should he, or anyone else, be put in chain unless they have committed a crime? Why should a sea-serpent be considered an unintelligent beast to be killed because she does not have language? Laurence is hard put to answer his friend.

And then, how differently things are done in China! Dragons walk the streets and no-one bats an eyelid. Gardens and pavilions can be found everywhere, to be used as resting places and shelter as needed. Food is prepared for dragons just as it is for humans, cooked and flavoured with herbs and spices. Dragons are educated and learn to read and write. In all ways it appears that their sentience and intelligence are respected and they are treated more as equals than as beasts. In comparison, Britain’s own provision for its dragons looks pretty poor.

There are uneven moments of action peppered throughout the book – an attack by French ships, a typhoon, the night-long fight in Temeraire’s pavilion – but really I feel this story, so much concerned with Laurence and Tem’s future together, was about the two of them coming to a new understanding with which to go forward. Their affection for one another is my absolute joy and Temeraire’s compassion and curiosity can only make Laurence a better man.

It leaves me wondering where the story will go from here, however. Considering what I was expecting from this episode (further fighty, dragonish fun with occasionally pauses for hugs and presents), I’m now at a loss. The ending suggests Laurence and Tem plan on making changes when they get back home. But their journey to China took nearly the whole book, so presumable their journey back will be the subject of the next one? Will the Napoleonic Wars continue to figure in their adventures? Or are we to explore the world some more? I’m intrigued. And nervous. And hopeful.

I’m going to try and make this count for the Wyrd and Wonder Bingo (although looking at what I’ve already read for this month, it’s going to be super hard to complete – you can’t see it, but I’ve developed a twitch in my left eye trying to work out what I need to read to fill in the blanks). However, this book definitely counts towards 21 TBR Books for 2021 which I’m playing along with – so that’s now 7 down and 14 to go there – woo! 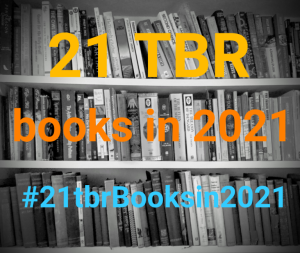 18 thoughts on “Throne of Jade by Naomi Novik”