So, I’m on holiday this week and thought I’d share some of the things that have been on my mind. None of this is hefty stuff, just me working through thoughts until I reach a satisfactory solution for myself.

Goodreads is dead to me

First off, GR has pissed me off for the last time. You don’t really need to know the circumstances as it’s just a series of small annoyances that have reached tipping point. The reason I haven’t moved away from GR sooner is simply because I’ve not been able to find a suitable replacement app/site. I took a look at LibraryThing a while ago, but didn’t like it, and Storygraph, which is still pretty cool, just doesn’t do what I want it to do.

So I dug around a bit and found a nice basic phone-only app called Bookshelf which suits my needs perfectly. Firstly, there is no social element, which is heavenly. Secondly, I can create as many shelves and as many labels as I like. Thirdly, while, yes, there is still a 5-star rating system (is it ever possibly to escape that?), it does allow for half stars and I don’t have to use it. There’s also a barcode scanning thingummy, so I can add books I’m reading without any typing at all, and, most importantly of all, I can add the correct cover-art for the copy I’ve read/am reading if it’s not already on the app.

I moved my GR data across about a week ago. Everything I’ve read from when I learnt to read until now is on there, although I am having to sort it out bit by bit as some of the data got messed up in the move (it was a big chunk of info), but since I find that kind of thing fun (librarian) this is hardly a problem.

Then there’s Readerly, which I love. Once I’m done sorting out my Bookshelf, Readerly is my next project. I’d like to get everything I’ve read since I started blogging on there. I love the way this app works and I’m dying to play around with it, but I’m pacing myself. One job at a time. And anyway, when I’ve finished cataloguing everything properly on Bookshelf I’ll be bereft, so Readerly will fill the hole nicely, I think.

ARCs and other free books

At work normal levels of madness have resumed. At home I’ve had to pick up my full quota of filial obligations. As a result, I’m back to having a lot less reading time. It also means that when I have chance, I want to read what I want to read.

So while it’s a ton of fun being sent free books by authors and publishers, I’m taking my foot off the accelerator here. I really wanted to be a “proper blogger”, but the time needed to do justice to the extra reading just isn’t there. (This all comes off the back of having accepted five books for review from various sources that I got unnecessarily stressed about at the end of last week).

I want to use my time to read the great stuff already on my shelves. I want to continue doing buddy-reads with Maryam and Lynn. I want to plough my way through the ridiculous amount of stuff on my TBR lists in a heroically slow fashion. And I want to enjoy the odd ARC now and then, if I’m really excited about something. Because I do still believe that books come to you at the right time and while I can often be heard wailing “why didn’t I read this sooner?!”, I rarely actually mean it.

Sometimes the thing you think you want isn’t what you want at all.

Finally, I now have 38 library books out on loan.

This isn’t delightfully quirky anymore (if it ever was), this is officially A Problem.

The panic I feel just thinking about that stack of books is almost overwhelming, and yet I feel an equal panic at the thought of returning them to the library unread because that means I failed to read them. This is something I genuinely don’t know what to do about. Most nights before bed (because they’re all there in the bedroom at the moment) I go through the pile and try to pick one or two to return to the library and I’m paralysed by indecision. In part, I’m aware that this is a control thing. And another part of it is a knee-jerk reaction against feeling like I have to do things I don’t want to do (which sounds extremely childish, I know) – like for every task I have to do I pick up two library books I want to read. If that makes any sense at all?!

Anyway, I guess I’m looking for some advice here. Does anyone else do this? Or something similar? And what would you do if you were me? (please don’t suggest psychiatric help, I can’t afford that!) 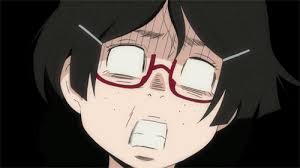 30 thoughts on “Some Thoughts and a Problem”