After the read-along of The Summer Tree by Guy Gavriel Kay for Wyrd and Wonder this year, it was decided that a handful of us would like to continue the Fionavar Tapestry together. And so here we are, with the second instalment, The Wandering Fire, which we’ll be reading over the next three weeks. You can find more information about the schedule here at There’s Always Room for One More if you’d like to join in.

The awesome imyril is providing the prompts to start us off, so without further ado, let’s jump back into the wonderful world of Fionavar.

Please be aware that there will be SPOILERS all the way.

What do you make of Jennifer’s decisions regarding Darien … and what do you think has happened to him?

While it wouldn’t be my decision, I respect her reasoning that her child is an unforeseen contribution to the tapestry and therefore a potential spanner in the works. In fact, in these opening chapters Jennifer just became the most interesting of our five travellers for me. She runs a whole gamut of emotions in defying Paul’s arguments against her carrying her child to term (although what business is it of his, pray tell?), in intending to die during childbirth, in the “gentleness” of her depression after surviving Darien’s birth and introducing her “one random weft of thread” into the tapestry to answer for what was done to her, in her reply to Brendel’s offer of healing at Daniloth. She is her own complex self and so much more than just the Pretty-One-Sacrificed-to-the-Big-Bad that I thought she was going to be. Also, lines like this!:

“She moved in slow motion, it sometimes seemed, through a landscape of grey, with grey clouds overhead; at times, but only at times, the memory of color, of vibrancy, would come to her like the low surge of a distant sea.”

As to what has happened to Darien … I really don’t know. I hope Maugrim hasn’t found out about him and taken him already. I’m really really hoping that maybe Vae has taken him and Finn somewhere she thinks they’ll be safe, even though the snow and the open door and the broken window all suggest something much worse.

From tapping the avarlith to tapping a source to the uncontrollable magic of the Baelrath and the erratic blessings of a god – what are your thoughts on the magic systems of Fionavar?

I think what’s impressed itself upon me most in these first few chapters is that no matter what kind of magic is used (to do what, incidentally? Apart from travelling between worlds and making long-distance calls what is magic being used for?), there’s a cost. Not some token payment either, but a real, hefty price. Look at Matt the magical battery (or ‘Mattery’, to use Peat’s perfect term), at Ysanne’s gift, at Paul on the Summer Tree, there is always a sacrifice. I like the weight that this brings to things – no-one’s clapping their hands to turn the lights on – but I think I also want to see more magic to understand how it’s important to Fionavar. Unless I’m missing something obvious … which isn’t unlikely.

I’m really enjoying the way Kay’s defined the various magics too. There’s male (Mages) and female (the Temple) magic trying to impose order on things; there’s the capricious gods and goddesses, doing their own thing without any especial regard for human activity; and there’s the wild magic that seems to be acting on a whole other level of disregard, (perhaps belonging more to the larger realm of the Weaver than to any one world?). It took me a while to get a real feel for this magical mishmash, but now I’ve got more of a handle on what Kay’s doing … I like it a lot.

Also, I will never look at unicorns the same way again.

Where The Summer Tree established the legends of Fionavar, The Wandering Fire is full of Celtic motifs. How do you feel about the blending of fictional and folkloric inspiration? First time readers – any predictions for what this might mean for the story?

King Arthur! *delighted clapping of hands* I do love me some Arthurian mythology (especially sans Guinevere and Lancelot) and I love how Kay has presented Arthur here – he’s aware of his role as something outside of any one story, has a sort of melancholy age-old dignity, and there’s something about him that parallels Jennifer’s current state to my mind. I’m looking forward to Diarmuid and Aileron’s first meeting with Arthur. I suspect he will out-king both of them and Paul too.

Arthur’s “long unwinding doom” for the May Day Massacre has me puzzling over the Weaver a little, however. And this feels a bit rabbit-hole-ish, so skip ahead if you want to …

So I’ve been thinking of the Weaver as an unemotional being, outside of and apart from the tapestry. But I’m also assuming that Arthur’s fate is the Weaver’s doing. Which suggests that the murder of innocent children elicited an emotional response or at least that some value is placed on purity? Or is it more like Arthur’s own guilt dictates that he must make amends for as long as the guilt remains? I feel a bit like I’m challenging the suspension of disbelief here, when I should just be accepting the rules as Kay presents them. But I’ll be watching for more Weaver clues.

I’ll admit that I was half-expecting a King Arthur cameo (any talk of waiting sleepers gets me onto an Arthurian track; I blame Susan Cooper, among others), but the sneaking into Stonehenge thing was … well, it was a bit silly. I’m pretty sure they done have pressure sensors, for a start. I might just pretend I didn’t read that bit.

And any other thoughts on our five, their friends in Fionavar, magical winters or other topics – dive in!

The opening line gave me a chuckle – “Winter was coming”? So I’ve heard – and I’m a sucker for a magical winter (more so than for a drought, like that at the beginning of The Summer Tree, which strangely never seems quite as impressive. Maybe because snow and ice transform a landscape in such a different way). As Maugrim has so far been more associated with fire than water/ice, I’m intrigued to learn how he now has command of winter and what this means.

What else? All the guys swearing vengeance on Jennifer’s behalf is a bit eye-rolly. I love that Paul’s as puzzled about what it means to be Lord of the Summer Tree as I am. And I really do love Loren and Matt, even though we haven’t seem much of them. Oh, and Fordaetha was pretty cool (Get it? Cool? Because she’s the Ice Queen? Yeah? Ha ha ha!), and creepy, and I hope we see her again. And then I cringed a little when Paul announced that the winter doesn’t touch him, because really dude? Did it need proclaiming? We get it, you’re special.

And now, excuse me, because I’m itching to get back and see what happens next! 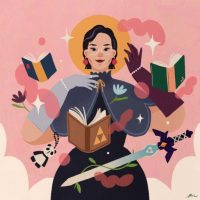 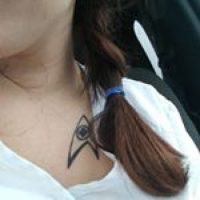 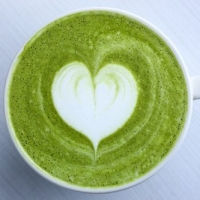 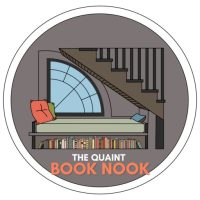